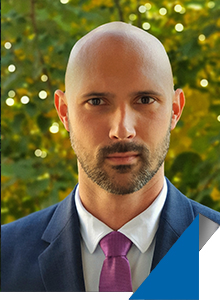 Tibor was born in Belgrade. He graduated from the Faculty of Political Sciences in Belgrade, majoring in political science.

For more than ten years, his focus has been on the civil sector in Serbia. Since graduating, he has gained experience in leading non-governmental organizations in Serbia in the field of human and minority rights, education, Euro-Atlantic integration, public administration and local self-government. He started his career in the People’s Office of the President of the Republic of Serbia, established during the time of President Boris Tadic, and continued it in the drop in shelter for street involved children. He spent one year on the program of integration of preschool children from informal settlements into the educational system of Serbia. from 2012 to 2015 he worked at the Center for Euro-Atlantic Studies where he gained experience in writing, implementing and reporting on projects in the field of Euro-Atlantic integration. In the middle of 2015, he moved to the Institute for European Affairs, where he worked as a project coordinator for more than three years, and is now the Chairman of the board.

He received scholarships of the foundations of German political parties, as well as the Robert Schuman Institute from Budapest and the Wilfred Martens Center from Brussels.

Independently and in a team with associates, he led over fifty short-term and long-term projects of domestic and foreign donors in the field of Euro-Atlantic integration, anti-corruption, human and minority rights, rule of law and transitional justice. He organized many trainings, seminars and workshops for civil servants, members of the Ministry of Internal Affairs, youth and experts.

In 2016, he received an Erasmus scholarship from the European Union and moved to Austria, where he has been living and working on the Belgrade – Vienna route ever since. In Vienna, he currently works in the management of Schönbrunn castle, where together with his associates he manages the work of the castle and works on the organization of events in the palace.

Focus of his work is based on project cycle management, implementation and reporting, financial reporting, organization of activities and research of the political and social situation in Serbia and Europe. Lately, his focus has been on urbanism, local issues, city management and local self-government. He is the author of several texts and publications in the field of European integration, anti-corruption and sustainable mobility.

When he is not at the Institute for European Affairs, you can usually see him on a bicycle or a boat on the Danube.

He speaks English, German and has basic knowledge of Hungarian.