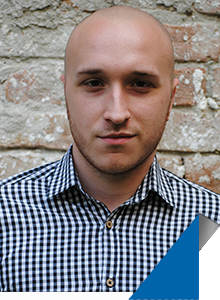 Alexander was born in Belgrade were he graduated from technical school „New Belgrade“, and currently he is enroled at the third year at the Faculty of political sciences, University of Belgrade, at the department of international relations. During high school, he was a professional swimmer and waterpolo player, and he was enroled as a volonter in projects which were coordinated by municipality of New Belgrade.

During his studies, he participated in numerous conferences through non-government organisations, especially in the sphere of international relations, global politics and accession of Serbia to the European Union.

He is member of Centre for international public policy, in which he holds the position of coordinator for public opinion research, in which he was enroled in implementation of numerous projects, especially in the sphere of foreign policy and diplomacy, Euro-Atlantic integrations and public opinion research (students as a target group) about everyday social and political situations in Serbia.

He speaks English and Russian language.