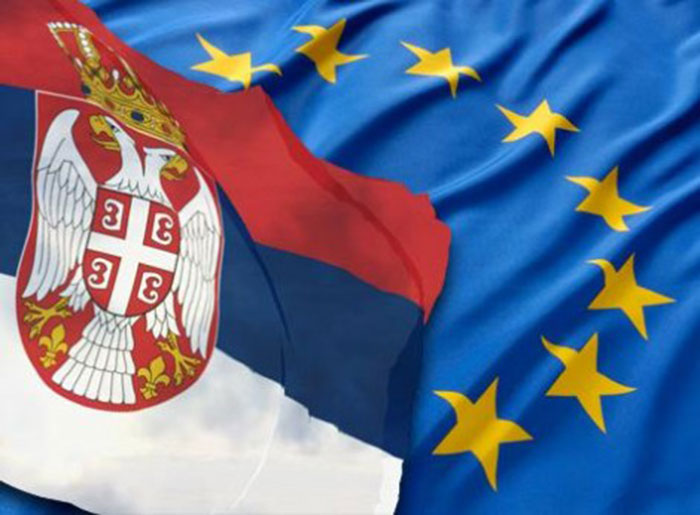 The results of a public opinion survey on the European Union

On the scale from 1 to 5 on the relations of Serbia and the European Union, citizens graded it with a score of 2.78. At the referendum for Serbia’s accession to the EU, less than half would vote for the accession, 49.5% of the citizens. Serbian citizens consider Croatia to be the biggest enemy in the EU, while they see the greatest EU country friend in Germany. Young citizens are still considerably more euro-sceptical then the older generations.

The Institute for European Affairs, in cooperation with Ninamedia Research House, conducted a public opinion survey on citizens’ attitudes about the European Union in the period from March 21st to 24th. The research was carried out on a representative sample of 1201 subjects.

Citizens of Serbia on the scale from 1 to 5 assessed the relations between Serbia and the European Union with a score of 2.78. The highest number of respondents gave a good grade (3), the smallest number of citizens gave an excellent score (5). Although more than half of citizens support in principle Serbia’s membership in the EU, 49.5% of citizens would vote for Serbia’s entry into the EU.

The oldest citizens support Serbia’s EU membership, by two thirds, while the lowest support comes from the youngest citizens and it is just over half. The difference in supporting membership in the EU between these two categories is 13%.

The entry of Serbia into the EU is more supported by Belgraders and Vojvodina, and fewer residents of the other parts of Serbia. Women are more supportive of joining the EU than men.

When it comes to EU Member States, citizens consider that our biggest friends in the EU are Germany, Greece, Spain and Austria, and the biggest enemies are Croatia, Great Britain, again Germany and then France.

Citizens think that among neighboring countries, we have best relations with Bosnia and Herzegovina and Hungary, and worst with Croatia and Albania. Montenegro is third among the states with which we have the best and worst relations.