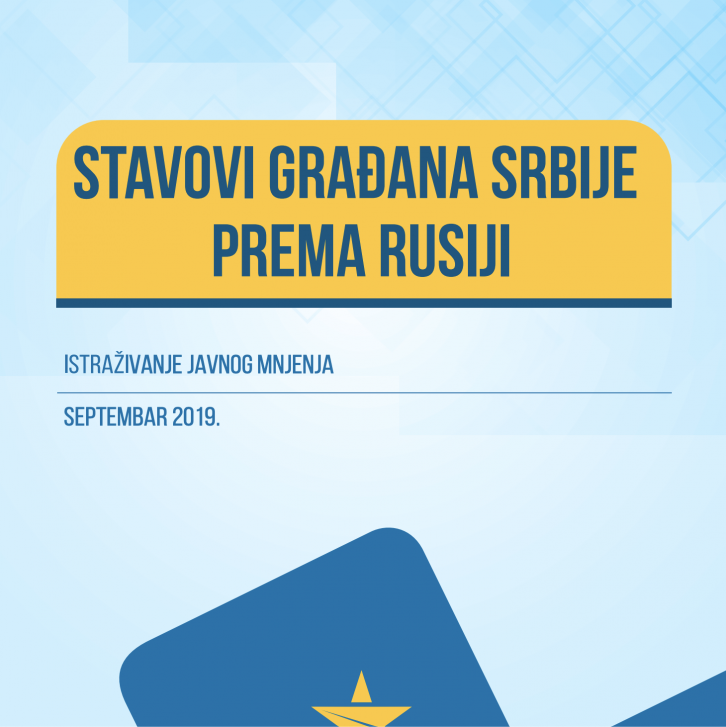 Serbian citizens by vast majority consider relations between Serbia and Russia excellent or very good, and as many as a quarter of citizens consider Russia to be Serbia’s largest donor, although it is not even among the top ten biggest donors.

For the fourth year in a row, the Institute for European Affairs, in collaboration with the Ninamedia Research House, conducted a public opinion survey on citizens’ attitudes towards Russia between March 8 and 17, 2019. The study was conducted on a representative sample of 1206 subjects. The topics of the research were: the relationship between Russia and Serbia, the way to inform about this relationship; whether they traveled to Russia; the largest donors of Serbia.

The largest number of respondents are getting informed about relations between Serbia and Russia via television (40.6%), 21.4% via Internet portals, 17% via print media, 9.5% cited social networks, 6.1% via family, friends and colleagues, while other responses occur in less than 4% of cases.

90% of the respondents have never travelled to Russia, while 10% have. Among those who have, majoritz are men, respondents with the highest level of education and residents of the Belgrade region.

Most citizens of Serbia (87%) think that Russia is a friend of Serbia, 2% have the opposite opinion, while 11% do not know the answer to this question. The number of respondents who consider Russia to be a friend of Serbia is declining as education level increases

A quarter of Serbian citizens consider Russia to be the largest donor and the European Union is cited in almost the same percentage, 18.9% consider China the largest donor, 6% Germany, 16.9% do not know the answer, while other answers occur in less than 2% cases.