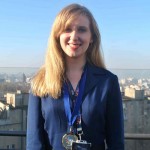 Reconciliation in the Balkans- on reclaiming of our common identity

Identity is a powerful thing. It is our way of categorizing and putting into perspective the vastness of human experience in relation to the perceived or manufactured ‘other’. The fallacy of identity formation lies precisely in this necessity to relate/differentiate to something else in order to justify existence. The trouble it carries within was famously named ‘the friend-enemy’ distinction by Karl Schmitt, and is described as “the utmost degree of intensity … of an association or dissociation [from the other]”(Schmitt K., Concept of the Political, 2007, 26, 38). Association manifests in “…the willingness to fight and die for and together with other members of one’s group”, while the ultimate degree of dissociation [shows] in the willingness to kill others for the simple reason that they are members of a hostile group” (Schmitt K., Concept of the Political, 2007, 32–3). The peoples of the Balkans have, unfortunately, demonstrated the extremes to which this concept can be taken, in the most graphic way possible, on more than one occasion. Simply stated, we have wronged each other and now we have to decide whether we forgive or continue to weave the offences into the fabric of our individual, national identities.

My own path was marked by sixteen years of cocooning in the shell of my personal, Bosnian history of right and wrong and has taught me I was a victim, the seven years of international education that followed have taught me I would only be one if I chose to, and the Youth Reconciliation Ambassadors have taught me I was not alone in wanting and demanding to know more about the dreaded ‘other’.

During our study visit to Belgrade, the esteemed historian professor Dubravka Stojanovic has shared a disturbing, yet insightful fact that would shed light on the current, latent hostilities which are implanted into our subconscious via popular media, and history interpretations. During the early 90s of the 20th century, when wars were raging in Bosnia and Herzegovina and Croatia, the leaderships of BiH, Croatia and Serbia had found it necessary to change the history textbooks. The changes introduced were related to the recreation of myths of the great sufferings of the each newborn nation at the hands of the ‘other’ newborn nation, whereby the current wrongdoing of each were justified and cloaked in the veil of righteous retribution.

The us/them dynamic is rampant today with economic uncertainty and civil unrest threatening to disrupt the comfortable dystopia established by the political elites who are the only ones profiting from the status quo. The limited and commissioned information we do receive from the mainstream media, coupled with our notoriously biased history education leads to creation of young individuals with low levels of tolerance for the ‘other’ and different, burdened by the victim mentality which prevents them from actively participating in the society building, as well as renders them incapable of sympathizing with anyone outside of the familiar circle. It was this ignorance and bigotry implanted in us from a young age that I hoped to address on our road to reconciliation.

Having painted this rather grim picture of the youth identity formation in the region and the circumstances that have lead to this situation, I must recognize the efforts of the youth organizations and activists who have enabled young individuals such as myself and the other youth ambassadors of different profiles to speak out, and more importantly, learn by providing a platform for meeting and getting to know the ‘other’. I am a firm believer in the postulate of Dick Simon, the founder of the kNOwTHEM initiative, “There is no them, once you know them”, but knowing them requires an effort not everyone is ready to make.

The starting point of learning about the other is learning about yourself and the first internal conflicts about that issues arise when the similarities in mentality, customs, preferences and even language of the peoples in the region are recognized. “So how are we different then and who are ‘they’?” was the question I posed to myself and to those willing to listen and talk about the issue of reconciliation. For what, exactly, are ‘they’ responsible and/or for what should ‘they’ be held accountable? The most common conclusion we have reached was that ‘they’ were an ungraspable entity, that evasive ‘other’ which doesn’t carry the recognizable face of that one friend you know, or his family, but of ‘those’ not willing to listen and own up to the sins for which we hold them responsible. The conclusion, sadly, that did not leave space for self-reflection and recognition of one’s own participation in the perpetuation of the viewing of the hostile ‘other’.

The way around this issue that I found to be effective was taking up the role of a active listener, of one not only willing to hear the story of the ‘other’, but also to engage with it and look for the causes that have lead to such understanding of the events. It is not an easy process as it requires grappling with painful collective memories, yet it has the potential of being deeply gratifying by allowing us to take an objective stance on our own experience and create space for personal growth where there was none.

The Balkan identities are deeply interwoven and conflicted. The distance between “brotherhood and unity” era to “irreparable wrongdoings were inflicted on us by you” present is negligible, yet the distance is palpable. The key to resolving the conflict and reclaiming of our common space, if not common identity, is in recognizing the extent to which we are similar and recognizing how actively we participate in reliving of the wrongs of the past. Only when we do that can we really say that we live for the future, and not in the past.

The Concept of the Political. Expanded Edition (1932), trans. by G. Schwab, Chicago: University of Chicago Press, 2007.