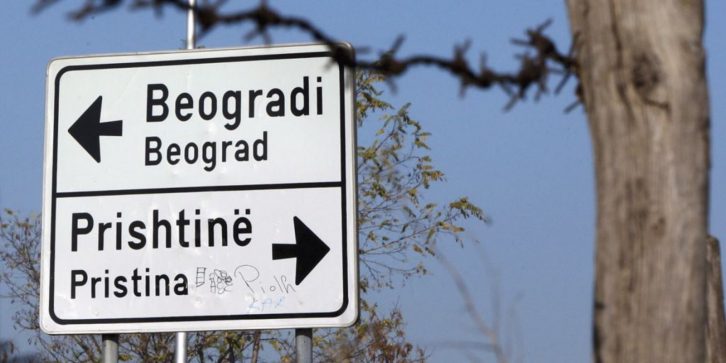 Results of the public opinion survey on Kosovo

Citizens of Serbia are almost equally divided about the relations between Belgrade and Pristina in two poles, but also uninformed about the negotiations and the unresolved dialogue on Kosovo. Slight majority of young people consider that Kosovo is lost.

Institute for European Affairs in cooperation with Ninamedia research house conducted a research of public opinion from March 16th to 20th about opinions of citizens of Serbia about Kosovo. The research is done on representative sample from 1203 respondents. Topics of research were: is it Kosovo lost, internal dialogue, division of Kosovo, is it possible that Serbia has full sovereignty in Kosovo again.

Citizens’ views on whether Kosovo is lost are almost perfectly divided between those who consider it to be lost and those who disagree with it. 45% of citizens think that Kosovo is not lost for Serbia, 43% of citizens think that it is. With higher level of education, there is a growing number of citizens who believe that Kosovo is lost – up to 50%. Kosovo is definitely lost for only 30% of older citizens in the 60+ group. Only 3.4% of citizens said they participated in the internal dialogue on Kosovo, while 94% did not. It is also noticed that with the increase in education, the number of those who participated in the dialogue is growing.

A third of Serbia’s citizens would support the division of Kosovo, while 56% would not. The idea of dividing Kosovo between Serbs and Albanians is shared more by elderly citizens, while with the higher level of education, there is also a growing number of those who believe that Kosovo should be divided.

Finally, there is a complete division of Serbian citizens about the view whether it is achievable for Serbia to have full control and sovereignty in Kosovo in the future. 45% of the citizens believe it is not possible that Serbia ever has full sovereignty in Kosovo, while 42% of respondents consider it possible.

Detailed conclusions and results of the survey with a graphical presentation of data can be found on the web site of the Institute for European Affairs.