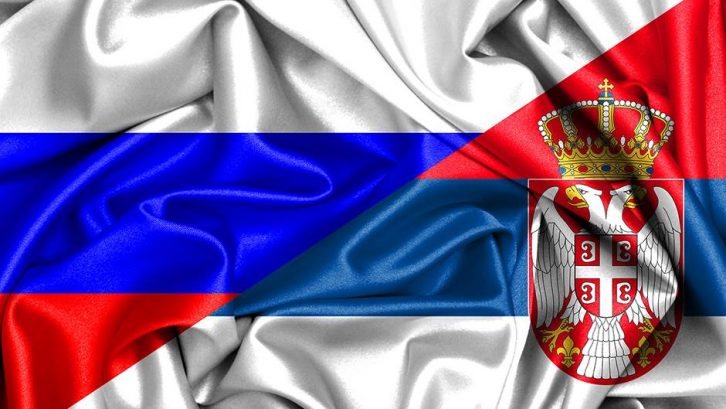 Most Serbian citizens consider Russia a friend, and see Aleksandar Vučić as the politician who works the most for these good relations. The citizens get informed on relations between Serbia and Russia mostly on television, and most of them have never visited Russia. Almost a fifth of the citizens of Serbia plan to leave the country, and out of that number, most of them plan to go to the countries of the European Union. The number of citizens who consider the EU the biggest donor is growing, the number of those who think it is China is declining.

For the sixth year in a row, the Institute for European Affairs, in cooperation with the Ninamedia research house, conducted a public opinion poll on relations between Serbia and Russia in April. The research was done on a representative sample of 1207 respondents.

The average grade of the relationship between Serbia and Russia, according to the citizens of Serbia, is 4.03, and higher grades are given by women, respondents younger than 30 and 60+, of the basic level of education, from Central Serbia and suburbs.

The largest number of respondents are informed about the relations between Serbia and Russia through television (36%), 24.8% through internet portals, 12.6% through print media, 11.8% state social networks, 7.6% through family, friends and colleagues, while other responses occur in less than 5% of cases.

As many as 87% of the respondents have never visited Russia, while 13% have and they are mostly men, respondents with the highest level of education, residents of Belgrade, from urban areas.

Slightly more than half of the respondents (52.1%) believe that Aleksandar Vucic works mostly on good relations with Russia, 9.4% state Ivica Dacic, 6.6% state Nenad Popovic, while other answers appear in less than 4 %. 25.2% of respondents do not have an opinion.

Based on the results of the research, 70% of Serbian citizens do not plan to leave Serbia, while 18% of them plan to do so, mostly men, younger than 45, with at least completed high school. The countries they would go to are in the first place the countries of the European Union (12%), while Russia is in the second place (2.9%).

Based on the results, 30.5% of respondents believe that the European Union is the largest donor to Serbia, followed by China (29%), while 13.6% of them believe that it is Russia. 21.1% of them do not have an opinion, and other answers occur in less than 2%.

More detailed information and chart overview for 2021 can be downloaded here.

You can download the results of the survey of citizens’ attitudes towards Russia from previous years: