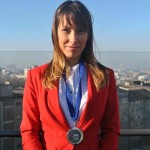 My contribution to the regional reconciliation

If there is to be reconciliation, first there must be truth

Reconciliation, a word that I had taken into better consideration only while I was applying for the programme ‘Youth reconciliation ambassadors’. Very often we take words of powerful meaning as granted, and one of them is reconciliation. Naturally, we do have some definition in our mind as soon as we hear the word, but do we really know the true meaning of it? As a student of philology, I couldn’t think of a better start than looking up the word in the dictionary. The origin of the word resiles at mid 14th century, from Latin.

reconciliation [rek-uh n-sil-ee-ey-shuh n] noun: an act of reconciling, as when former enemies agree to an amicable truce.

One thing that had caught my attention was – enemies. I, and I know my colleagues ambassadors would agree with me as well, refuse to agree with the given definition. Why should I consider a person from one of the neighbouring countries as my enemy, only because our countries were in conflict throughout history? Why are our societies giving us such an impression? One of the topics during our study session was history and its interpretations, one of the most interesting lectures I would say. Compared to other post-conflict situations, the reconciliation of Balkans still seems as a dead-end street. The Balkan peninsula has been a fruit-bearing playground for many battles and wars for quite a long time, for too long . This is the reason why history at school is a very engaging subject if you are a pupil in Balkans. History books are overfilled with dates of battles, figures, stories, names regarding each and every war, which gets you to thinking how is it even possible to have so many battles in just one year? Our history books are also ever-changing, due to common change of authorities and/or ideologies. In this way, the facts are easily alternated and very often misused to cause a new suffering. Bringing war criminals to justice was on of the crucial steps towards reconciliation in the post-conflict period, it is a lesson learned almost two decades afterwards. But we are still missing on something. To understand the Balkan conflicts you must be aware of the development of conflicts throughout history. And how is this possible if there is a different version of history in each and every country in this unsteady area? A conflict is timeless, and ours may recommence if we don’t treat history as we should – in the manner of truth. Facing up the truth and seeking forgiveness comes before any form of reconciliation. The lack of objectivity and responsibility are common to all nations on the peninsula. Nowadays, the pupils in Bosnia and Herzegovina are facing three different history books through their education, three books with three different interpretations of the same historic facts. The only thing they have in common are the dates. Misinterpreting facts is an inflammatory step forward towards bigotry and conflict. After engaging discussions on history issues in our region, my fellow ambassadors and I agreed that this is an issue that is still to be confronted, prior to reconciliation – approaching history with facts, not interpretations. Even after a settlement is reached, or a peace agreement is signed, this is by no means the end of a conflict and this could lead to severe consequences. The settlement has to be implemented. I believe that rewriting and in a way synchronizing all Balkan history books would more rapidly lead to a more objective perception of our relations and this would lead to compromise and stability. I also believe that the civil society in our countries can have impact in reaching this very important step, and we are all to contribute as we are all representatives of civil society. Until we agree to be brave and embrace the facts, accept the truth and our responsibility, we will be going in circles.

During those six intense days, it felt like the reconciliation process is already behind us. Enemies? Not Jeta, my lovely roommate from Kosovo, one of the most caring and kind people I have met. Not Ismet, my dear friend from Sarajevo, nor Ivana from Skopje, nor Kenan, nor Blinera… We became friends immediately, we are friends still, and we believe in our friendship. We also believe in reconciliation, not the definition of it, but in reconciliation as dialogue, as cooperation, as a common goal of friends working in the same team. We wish that the truth is heard, no matter how displeasing it may be, we will stand up to it and defend it. Because if there is to be reconciliation, first there must be truth.

Our contribution could seem insufficient to some, some could also say that we are still young and naive and that we are dealing with this issue with too much optimism. I do not agree. The twenty of us have continued the magnificent work of five previous generations of youth reconciliation ambassadors, which in total reaches over 100 young people who are diligently and actively contributing to rebuilding the friendship of our nations. This programme is a successful story, we have opened a new window of ideas, we have decided to turn to truth and in this way, we reached a big step forward. I am more than proud to be a part of this story.

It is ideas that change the world, ours is the reconciliation of our friendship, because we refuse to be treated as enemies ever again. 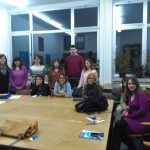 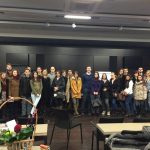 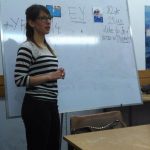 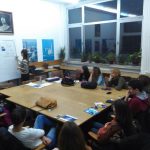 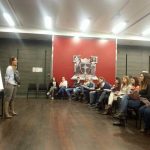 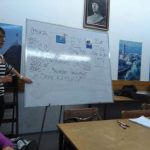 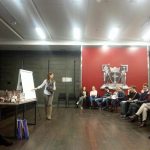 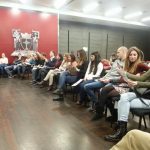