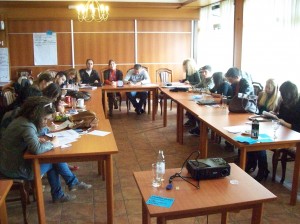 My presentation was organised as a part of the project in which I participated. That seminar is part of the IPA-EU support for the coordination and implementation of coordinated policy for youth in Bosnia and Herzegovina, held in Pale, 12, and 13. of October 2012. Unexpectedly, I decided to take this step because the young people who attended were very interested to hear what it is about. I liked idea because the seminar was attended by young people from several towns in Bosnia and Herzegovina, and not just from the place where I live, and so it was great opportunity to continue to convey the idea. They were all very interested and involved in the discussion and surely some will apply to the next call. They also really liked that they were able to visit Belgrade, since many have not yet been there.

I am glad that I got confirmation that the program „Youth Reconciliation Ambassadors“ has a great chance to succeed, because the young people who attended my „peer to peer education“ were Serbs, Bosnians, Croats, from Sarajevo, Pale, Jablanica, Han Pijesak and Gorazde ( you will see the list of participants), and all were enthusiastic about the idea. 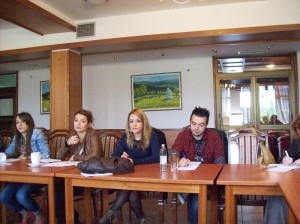 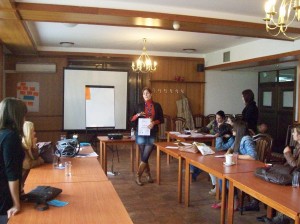