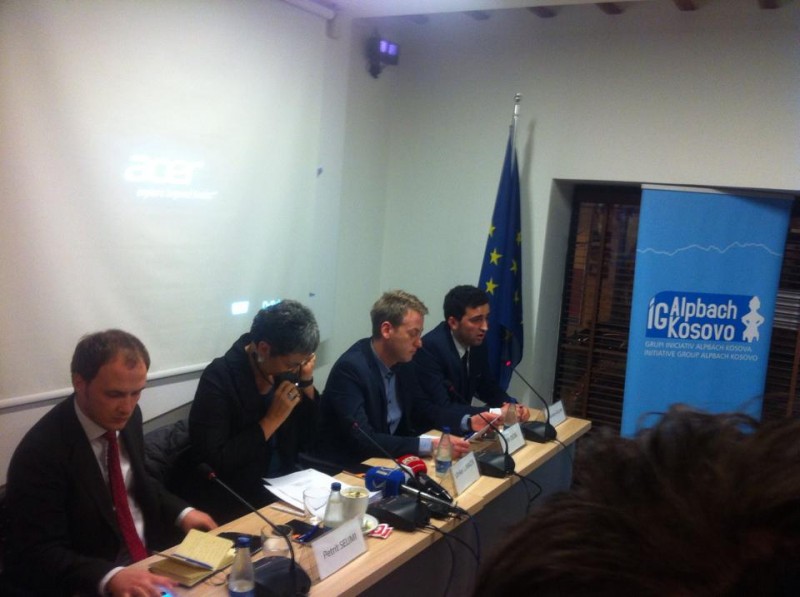 The topic of the discussion was: “The Dialogue between Kosovo and Serbia. Reconciliation and a common future in the European Union?”

This discussion was preceded with a panel consisting of the President of the Alpbach Initiative Group Kosovo, Mr. Shkumbin Asllani; Ilir Deda, Director at KIPRED; Ms. Ulrike Lunacek, Reportour for Kosovo at European Parliament; and Mr. Petrit Selimi, Deputy Minister for Foreign Affairs.

This discussion was considered by many as a very valuable as well as it happened for the first time in Kosovo among civil society and other non-state actors of society.

The desire to take place in the discussion no matter the occupation, age etc. Additionally, as previously mentioned, almost all of the participants were eager to express their opinion on the matter. The other point which made this discussion interesting was the very different standpoint coming from participants who undoubtedly contributed to making the discussion valuable and worthy.

Questions posed to panellists were of various natures in regards to the context of the topic of discussion. Participants helped the discussion direct in many ways so the most pressing points of the topic had to be analyzed giving concrete steps as to have the situation can change for the better. The most dominant points were the Brussels Agreements as well as the economic development, rule of law, and the institutional and society democratization as the main elements to make parties have mutual understanding to deal with the issues concerning both parties.